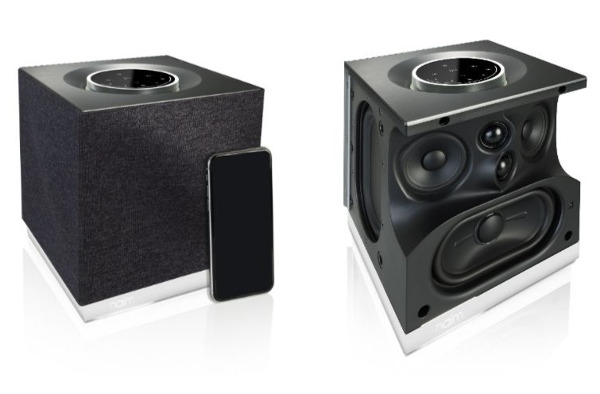 Slated to ship September 2, the updated system hasn’t changed much cosmetically but is said to deliver a significant boost in performance over the original Mu-so Qb thanks to extensive software and hardware upgrades. The price remains unchanged at $900.

Taking its cues from its recently updated big brother, Mu-So, the second generation Mu-so Qb is built around the same proprietary music-streaming platform found in all Naim streaming devices. The system has been upgraded to support high-resolution audio (DSD, WAV, and FLAC files up to 32 bits/384 kHz) via UPnP from a PC, Mac, or network-attached storage device as well as multiroom streaming via Apple’s AirPlay 2 (with Siri voice control) and Google’s Chromecast built-in, which supports numerous music apps, including Deezer, Qobuz, Plex, SoundCloud, and Pandora.

The system also supports Bluetooth streaming and Spotify Connect in addition to providing ready access to Tidal and thousands of internet radio stations; a free 90-day trial of Tidal’s HiFi tier is included.

Other enhancements include a multicore digital signal processor (DSP) said to deliver 10 times more power than the previous single-core processor, HDMI ARC (audio return channel) for simplified connection to a TV, a simplified remote control, and a redesigned interface with touch-sensitive buttons ringed by an illuminated dial that lights up as your hand approaches it, thanks to an embedded proximity sensor. Naim has also added an app-controllable alarm clock.

Power remains 300 watts but all of the system’s drivers have been redesigned and optimized in conjunction with Focal and VerVent Audio. Wi-Fi connectivity has also been upgraded to ensure a “slicker streaming experience,” with Ethernet, USB, optical audio, and 3.5mm analog audio connections available for those who prefer a hard-wire connection.

Available for iOS and Android devices, the Naim app is now Roon Ready and allows you to create playlists and browse by artist, genre, or album with artwork and extended music information. The app can also be used to control volume, select one of three room-compensation modes, and create a multiroom setup by linking with other networked Naim products — including the first generation Mu-so and Mu-so Qb — AirPlay 2-compatible wireless speakers via the Apple Home app, or Chromecast devices via the Google Home app.

Cosmetic changes are subtle but match the updated Mu-so and include a new burnished gray finish for the aluminum casing and a new style of grille cloth, available in black or one of three optional colors — terracotta, olive, or peacock.