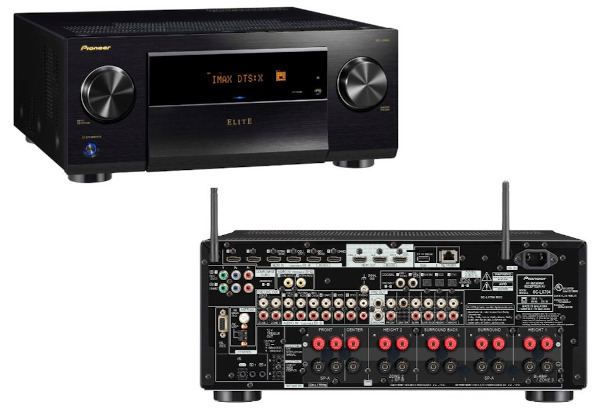 The latest addition to Pioneer’s prestigious Elite series, the 11.2-channel SC-LX904 ($2,999) will be officially unveiled at the upcoming 2019 CEDIA Expo, which opens in Denver September 10.

Rated to deliver 11 x 140 watts into 8 ohms, the LX904 is built around the sixth generation of the brand’s Direct Energy HD Amplifier, designed to support “simultaneous multichannel amplification” and updated with new power coils and custom capacitors to lower noise and improve sound quality. The design follows what Pioneer calls a “multichannel stereophonic philosophy” and is applied throughout the audio path to achieve more lifelike reproduction.

The updated power section will also appear in a second addition to the Elite series — the 9.2-channel SC-LX704 ($1,599), rated to deliver 9 x 135 watts into 8 ohms. Both models are slated to ship in October.

Shared features include Dolby Atmos, DTS:X, and IMAX Enhanced surround processing, 32-bit/384-kHz digital-to-analog conversion on all channels, and Pioneer’s automated MCACC (Multi-Channel Acoustic Calibration System) PRO, which equalizes frequency response and compensates for differences in speaker size, level, and distance from the seating location. The system also uses full-band phase control to ensure “more precise room conditioning by adjusting group delay occurring in each speaker” and is said to be effective for all speakers, even those installed above the listener in object-based surround installations.

The use of an advanced “precision quartz lock system” in the LX904 and LX704 is said to significantly reduce jitter and improve the accuracy of D/A conversion when the receiver is connected via HDMI to one of Pioneer’s Blu-ray/universal disc players, such as the Top Pick-designated UDP-LX500.

• Dialogue enhancement for adjusting movie dialogue and vocals in music

• Onboard access to internet radio and a variety of online music services, including Tidal, Spotify, Pandora, Amazon Music, and Deezer