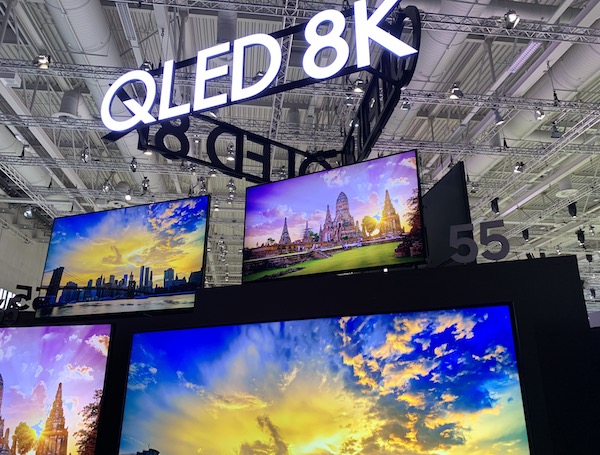 Some readers may be wondering why anyone would need a 55-inch TV packed with 7,680 x 4,320 pixels—16x the resolution of regular HDTV—and the question is a good one. But at a press-only session that Samsung conducted at IFA, the company did make a strong case for 8K displays, even at reasonable sizes. One takeaway was that having more pixels to play with gives the Quantum Processor 8K feature in Samsung TVs the flexibility it needs to reduce noise while restoring the detail and diagonal edges in images. Another came from a demo conducted by video expert Florian Friedrich that used custom-made test pattern to show how 8K resolution eliminates flickering noise with native 8K and upscaled content and enables the pixel structure of images to disappear.

A final 8K argument made by Samsung in the session was more basic: 4K was met with some resistance out of the gate but has now become a widely accepted standard. Will 8K follow the same path? It’s hard to say for certain, but after sitting through Samsung’s demo I’d say the prospects look good, though you may want a screen larger than 55 inches to view it on.