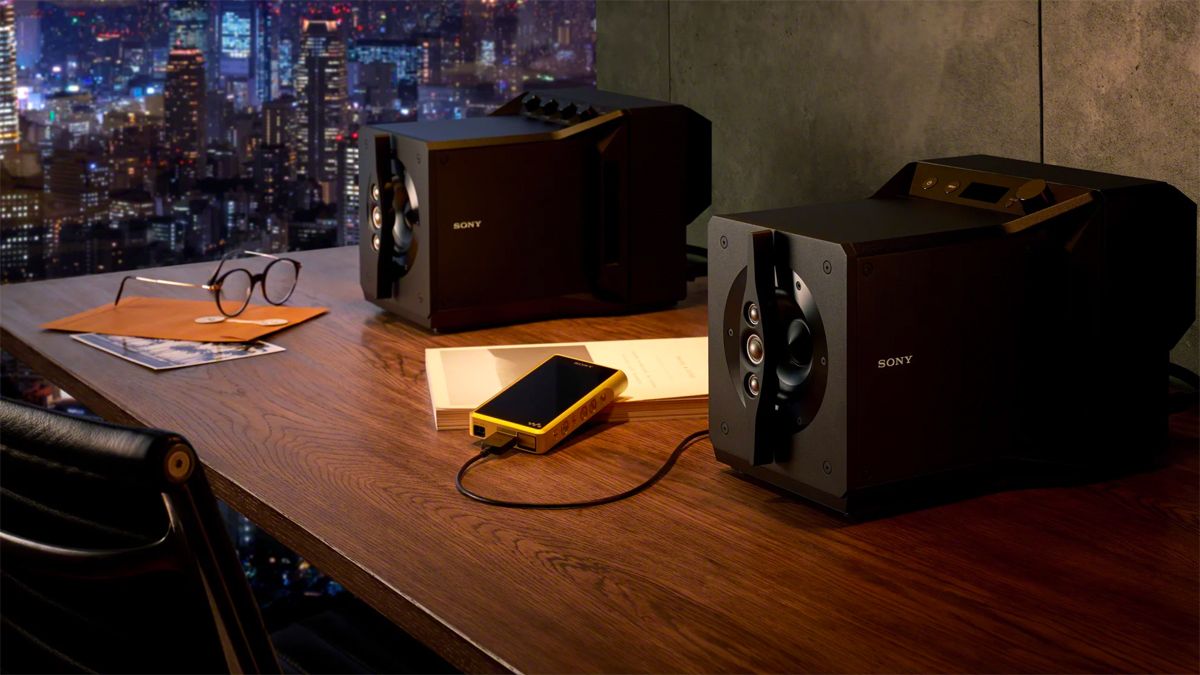 Sony has boosted its Signature Series with a near-field-powered speaker system at IFA 2019 which it claims produce audio so immersive that you’ll feel like you can reach out and touch the sound.

Coming in Spring 2020 at £6,500, the Sony SA-Z1 speakers are created for a desktop or personal space-type set-up. Their near-field technology is designed to produce a large and enveloping soundstage even within the confines of a tight space where acoustics can be tricky.

Powering the SA-Z1 speakers are the same D.A. Hybrid Amplifier Circuits from the Sony A-ZH1ES Signature Series headphones but with a new GaN (Gallium Nitride) power semiconductor to reduce distortion. The six-piece aluminium plate design of the speaker enclosures also helps to keep the units resonance-free.

The drivers are arranged in a coaxial layout to create an optimal timing alignment of the peaks of the soundwaves – controlled by Sony’s unique algorithm and FPGA processor – and a better integration of the units.

Sony promises a wide and deep acoustic field thanks, in part, to its ‘Tsuzumi’ layout with side ducts which assist the woofers and radiate the sound. The woofers themselves are horizontally opposed to cancel out each other’s vibrations. The “surgical” positioning of the I-ARRAY trio of tweeters laid on top work to deliver rich musical expression.

Sony has not been specific about the inputs but says that computers and portable players both make perfect companions and that there are a range of digital and analogue inputs to choose from.

Owners will be able to select between four tuning presets and fine tune too without any signal loss. You can control the assist woofer motion, alter the cut-off frequencies of the woofers and adjust tweeter timing alignments to make the SA-Z1 system match your space and tastes perfectly.

We’re very much looking forward to some hands-on time with these.