A cold snap hit New York just as the New York Audio Show was getting underway, but the local audiophiles were kept warm by the glow of the tube amplifiers inside Manhattan’s Park Lane Hotel. This was the show’s fourth year at the Central Park South location, where a comfortable atmosphere allowed for relaxed listening, along with rekindling old friendships and making new ones.

You might expect that a huge city like New York would have a giant audio show to match, but that’s really not the case. In a city where space is at a premium, and the cost of moving goods in and out of a building can be sky high — you have to be prepared jump through some hoops to get your stuff moved in and up and running. Still, despite the intimacy, there was plenty of fine equipment to be seen and great sound to be heard in the heart of the city. 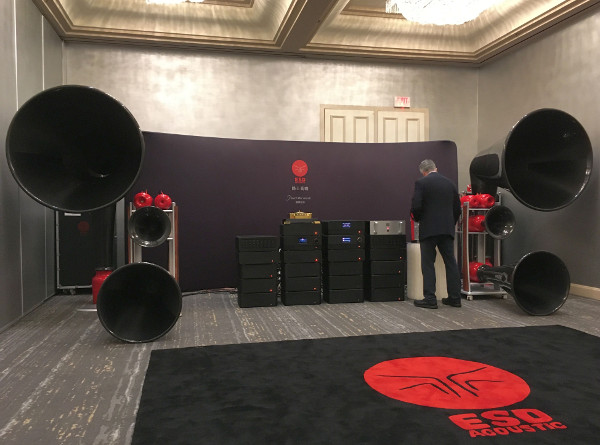 ESD Acoustic from China took over the large Salon C and D spaces to show off their massive horn-loaded speaker systems. This year, in addition to the five-way Dragon system we have seen at prior shows, they also demonstrated the somewhat more sensible Crane and Panda models. These still use exotic field coil driver technology. I couldn’t find anyone who could fill me in on prices, but figure it’s in the “if you have to ask” category. 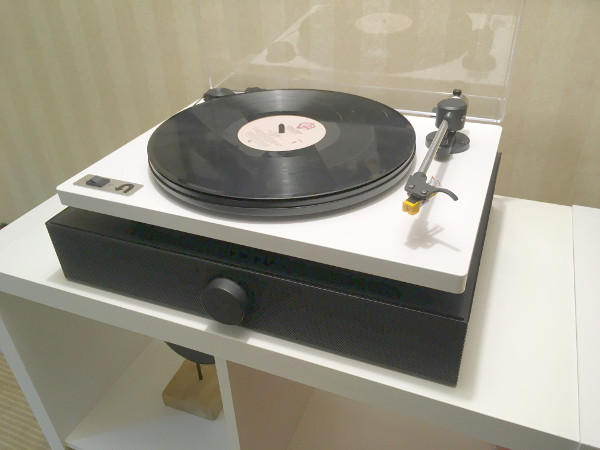 Andover Audio added to their Model One record player first seen earlier this year, with the Spinbase, a powered speaker system engineered so it can sit under your existing turntable, without passing on harmful vibrations. With Bluetooth streaming and a built in phono preamp, it’s compatible with sources and turntables both old and new, creating a neat and tidy system. Andover is currently launching the Spinbase on Kickstarter with a $300 retail price. 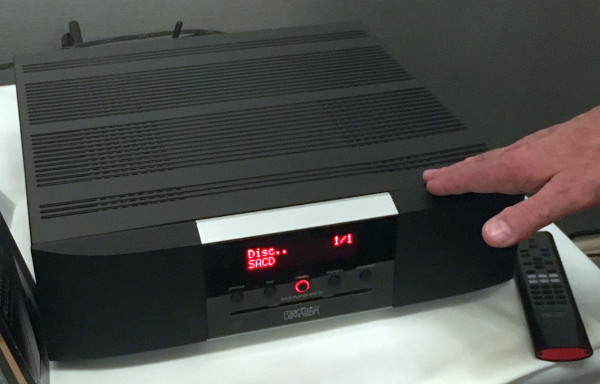 Mark Levinson brought a production ready version of their new No 5101, a combination SACD player, streamer, and D to A converter. This offers a one box solution for all your digital media both old and new, including high-res streaming services like Qobuz and Tidal. Shipping by the end of this year, the 5101 will sell for $5,500. 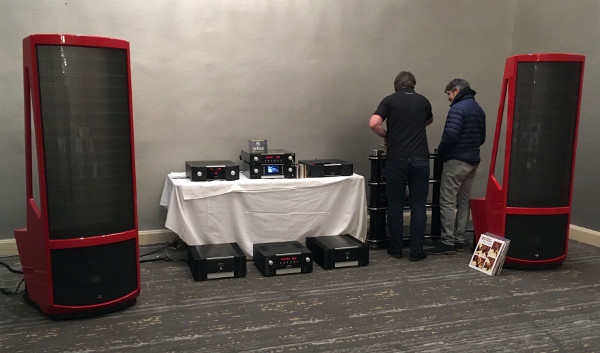 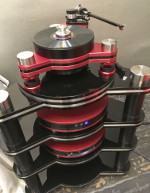 Sharing space with Mark Levinson was MartinLogan, who took advantage of the huge room to play their flagship Neolith speakers ($90,000). Rounding out this audacious system was VPI’s new flagship turntable the Vanquish, shown in a startling red metallic finish with matching phono preamp and speed controller. The price has not yet been determined, but think somewhere between $120,000-150,000. Available early next year.

Speaking of Qobuz, the French-based streaming service held a press event where they announced the elimination of their lossy MP3 tier, simplifying their offerings to a single uncompressed high resolution tier called Studio Premier for $14.99 a month. They will also continue to offer their Sublime+ plan for $250 per year which delivers the same quality as Studio Premier, but with additional discounts on downloads. 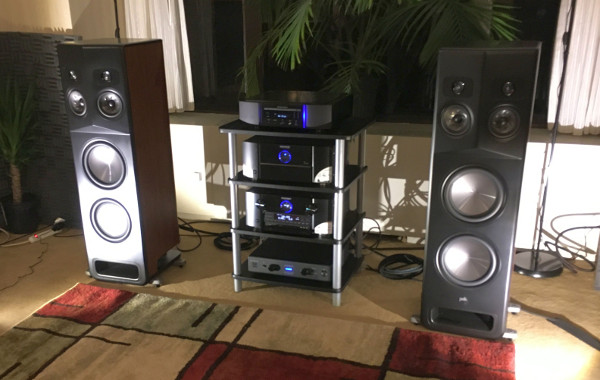 Polk Audio demonstrated the Legend L800 ($6,000/pair), a recent Sound & Vision Top Pick, which marks the return of Polk’s famous Stereo Dimensional Array. Audiophiles with long memories will remember the advertisements for the original SDA speakers back in the 1980s, with a lab coat wearing “genius,” Matthew Polk, talking about the crosstalk eliminating driver array. The partnering electronics used were from Marantz. 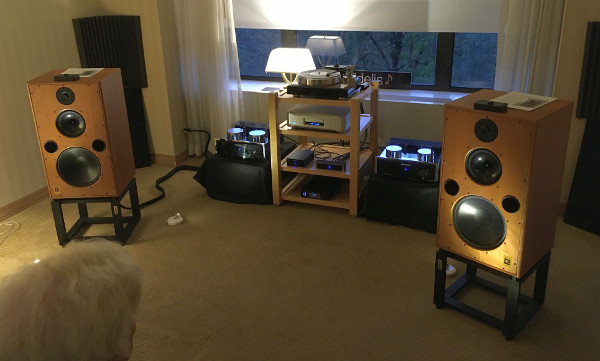 Stalwart New York City retailer Sound by Singer, (headed by my one-time boss Andy Singer), had a couple of excellent sounding rooms. I was particularly impressed by the sounds coming from the Harbeth Reference 40.2 speakers ($15,495/pair) driven by Einstein electronics, fronted by an Acoustic Signature Double X turntable. 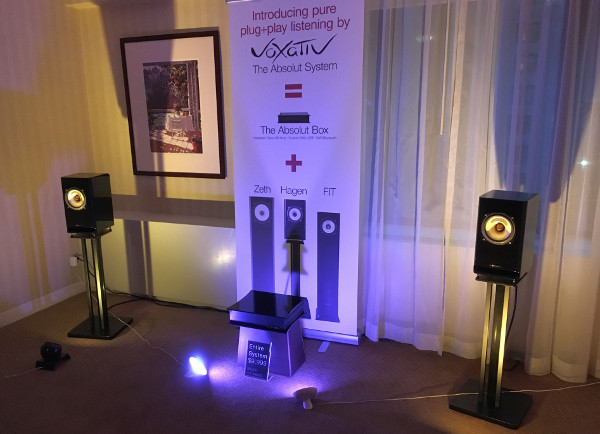 Voxativ from Berlin Germany, was playing an all-in-one system called the Absolut Hagen, consisting of a combination amplifier/DAC/streamer called the Absolut Box, coupled to a pair of single-driver Hagen speakers. This is unusual in the way it combines the type of minimalist single driver speaker design you normally see used with similarly simple tube amplifiers, with a full function up-to-date digital front-end solution. The system sells for somewhere between $8,600 and $10,000 depending on stands and other options. 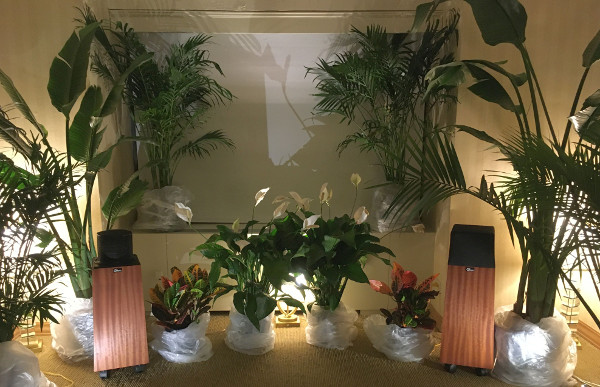 Ohm Acoustics is another legendary brand that has kept a pretty low profile for many years, but more recently the Brooklyn-based manufacturer has started to flex its muscles again. Ohm makes new speakers, but also fully supports their legions of existing owners with repairs and upgrades. The Model SW2.2000 demonstrated at the show are actually a pair of legacy Walsh 2 speakers from the 1980s, with the company’s SW2.2000 upgrade kit installed. The kit is $1,400, plus a donor pair of Walsh 2s. 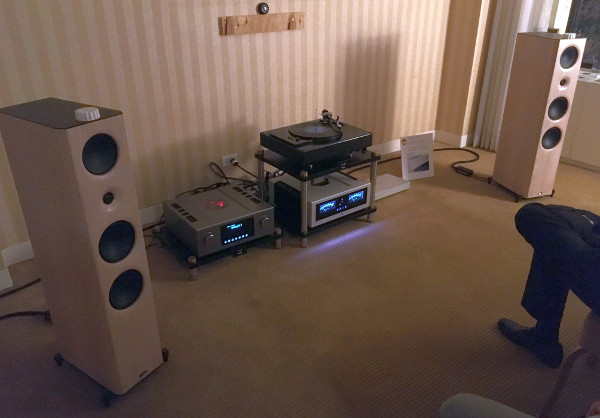 Chicago retailer Tweak Studio came all the way to New York to show their T+A Criterion speakers, driven by T+A A 3000 HV amplifier and fronted by a Sota turntable with Origin Live tonearm. 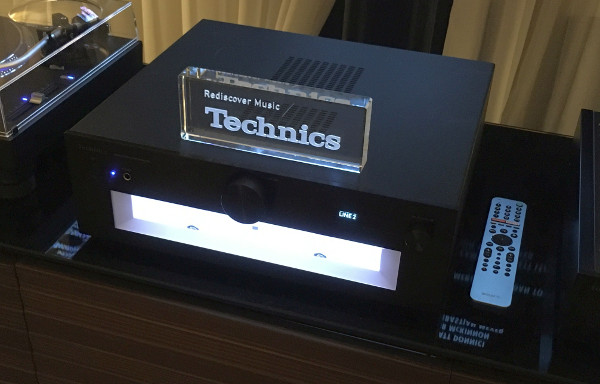 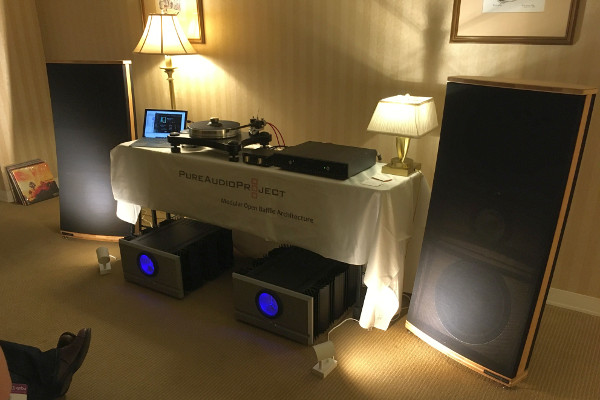 Pure Audio Project has been making waves lately with their open baffle design speakers. The model on display was the Trio15 Classic. These are modular kits, and can be configured several different ways, but figure around $4,500-8,000/pair depending on driver options. 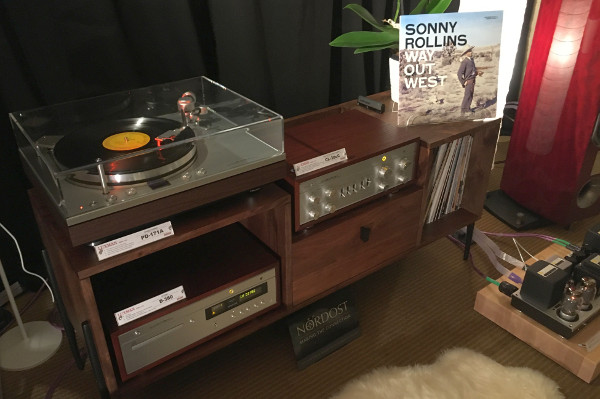 Luxman was celebrating 50 years of sales in the USA, so they assembled a system using the present day equivalents of their flagship components from that time. The PD-171A turntable ($6.995), was matched with the CL-38uC tube preamp ($5,995), and MQ-88uC tube power amp ($5,995). The speakers were Triangle from France.