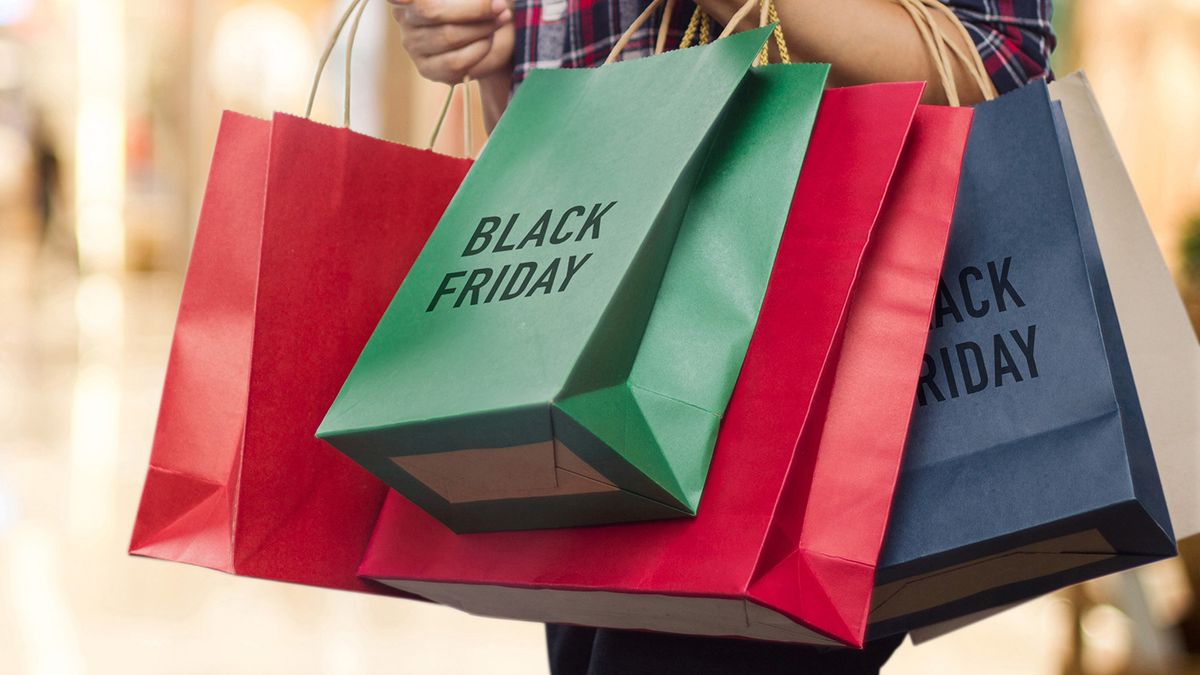 The world’s biggest annual shopping weekend is bookended by Black Friday and Cyber Monday. Unless you’ve been living under a rock for a few years, or you do your absolute best to avoid shopping, you’re likely aware of the sales extravaganza that has spread around the world after starting life in the US.

Falling on Friday 29th November and Monday 2nd December this year, the two massive shopping days will see deals in all corners of all consumer industries – including, of course, electronics. While deals don’t go quiet on the Saturday and Sunday between (or even in the days either side of them), you can expect the best offers and discounts to land on the landmark days.

So what do you need to know about Black Friday and Cyber Monday? What are the differences between them? And which will offer the very best deals?

What is Black Friday?

Taking place on the Friday after Thanksgiving, which this year means Friday 29th November, Black Friday is regarded (and backed up by stats) as one of the busiest shopping days of the year, both online and in-store. It officially kicks off the Christmas holiday season and sees most retailers discounting products for its entire 24-hour period.

What’s with the name, you ask? The date was traditionally the start of the Christmas shopping season, when retailers hoped to move out of the “red” (loss) and in to the “black” (profit), hence Black Friday.

What is Cyber Monday?

Black Friday’s partner in crime is always the Monday after, meaning it will fall on Monday 1st December this year – good news for those who don’t believe in buying Christmas presents until December!

Cyber Monday doesn’t just see a continuation of Black Friday deals but has some juicy ones of its own, which, online at least, traditionally go live at midnight and last the whole day.

The term ‘Cyber Monday’ was coined by Scott Silverman and the National Retail Federation’s Ellen Davis in a bid to encourage people to take their shopping online during the Black Friday event. That was back in 2005, when people needed such encouragement!

One of the biggest differences between the two days is how they prioritise in-store and online deals. Black Friday was traditionally a bricks-and-mortar affair, the biggest in the calendar for in-store shopping, while, as its name suggests, Cyber Monday focuses on online deals, securing itself a reputation for being the biggest online shopping day of the year.

The reality in this age of convenience, though, is that both days are huge for online shopping, with retailers certain to sport saving signs over the entire period as well as in the days following.

Then there’s how differently they’re weighted in the US and the UK. There’s greater emphasis on Cyber Monday in the US – it’s arguably the country’s biggest shopping event of the year, where it has overtaken Black Friday in terms of popularity for both retailers and consumers. In 2018, US sales online sales reached over $6bn on Black Friday and were just shy of $8bn on Cyber Monday. Cyber Monday Deals Week in the US extends the occasion throughout the rest of the following week.

Most crucially, each is considered better for buying certain kinds of products, so read carefully: this next section could be crucial for your shopping strategy.

Black Friday vs Cyber Monday: which has the best deals?

Tech deals will be prolific on both days and across the weekend but if you’re after something big – a TV or a laptop, say – then your best bet is probably Black Friday, which is when big-ticket items usually receive the biggest discounts.

Cyber Monday, meanwhile, is typically considered better for clothing bargains, with some fashion brands and retailers expected to run site-wide discounts rather than item-specific ones. It’s also better for smaller products (stocking filler opportunity, anyone?) and for snapping up any last-ditch prices on remaining stock too.

Invariably, another reason to buy on Black Friday rather than Cyber Monday – in this case sooner rather than later – is stock. Retailers such as Amazon tend to set aside big inventories for products they expect to sell during the weekend, but you don’t want to be caught out with a long delivery wait or, worse, a ‘sold out’ refusal.

Our advice: if you see something you want at a discount you’re happy with, buy it – especially if it’s a flash deal as stock could be limited.

It’s also worth looking at what tech deals are around now and in the build up to that weekend as we’re already seeing some fantastic headphones, TVs and wireless speaker deals that, you never know, may not be around on the big days… See below for the best Black Friday deals right now.