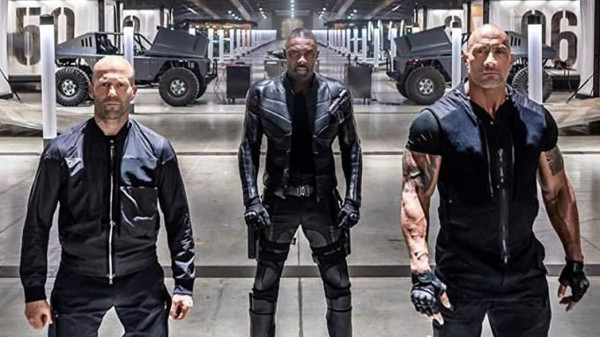 The film is available in a combo pack ($29.96 on Amazon) that includes standard and 4K Blu-ray plus a code for accessing a digital copy that can be redeemed on Movies Anywhere.

The 4K Blu-ray includes more than 80 minutes of bonus content and is presented in 2.39:1 widescreen with a Dolby Atmos soundtrack and in three HDR formats: standard HDR10, Dolby Vision, and HDR10+.

Bonus material includes an alternate opening, deleted and extended scenes, and several featurettes with the filmmakers and cast, including one that illustrates the progression of fight scenes from concept to execution, an “intimate conversation” with wrestler Roman Reigns and Dwayne Johnson, and a feature commentary with director David Leitch.