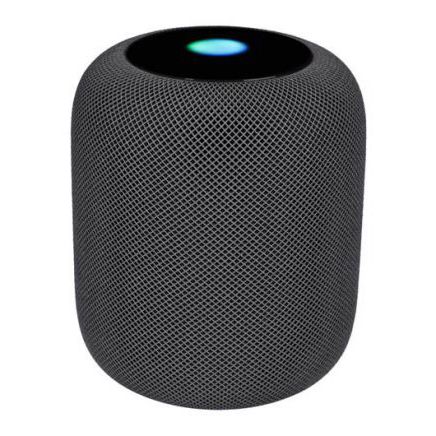 Alongside the roll out iOS 13.2, Apple has just released new software for the HomePod that brings a number of new features onboard.

The first and arguably biggest is multi-user support, which means Siri can now distinguish between different voices and thus perform user-specific tasks. So, if a family member creates their own user profiles, they can now ask for certain alarms to be set or emails to be read without accessing the other profile information or tasks in the household.

A new ‘Handoff’ feature lets users hand off music playback and phone calls from an iPhone to a ‌HomePod‌ (and vice versa) simply by bringing the two devices close together, too.

And then there’s the introduction of ‘Ambient Sounds’, letting users play relaxing sounds such as white noise and rain showers. Sleep timers can also be set so users can fall asleep to them or any other music.

Nifty, indeed. But there’s a potential catch to performing the update: a bricked HomePod speaker. A number of HomePod owners have reported on Twitter and Reddit that their Apple speaker has stopped working after initiating the new update process, as spotted by 9to5Mac. And not even a factory reset has restored them.

@AppleSupport the new update for HomePod had broken my HomePod. What should I do? pic.twitter.com/n4AkdQiK2dOctober 28, 2019

Anyone know what’s going on and how to fix? I just updated to 13.2 but I had to reset them since they stopped responding after trying out handoff. Went through reset normally ( press and hold until 3 chimes ) but then they wouldn’t stop blinking and won’t stop. #Homepod pic.twitter.com/b995WJYy6IOctober 28, 2019

Some owners, like @TheWillsy and @Infinate13 above, are being faced with a spinning white light while others are seeing a red one – both issues are rendering the speakers unusable.

Apple hasn’t officially acknowledged the issue yet, although it appears the update might now have been pulled. If the update is still available to you, it’s safe to say we’d hold off and just stick to the old version for now.

Sonos One vs Apple HomePod: Which smart speaker should you buy?

Apple HomePod is getting over 100,000 radio stations