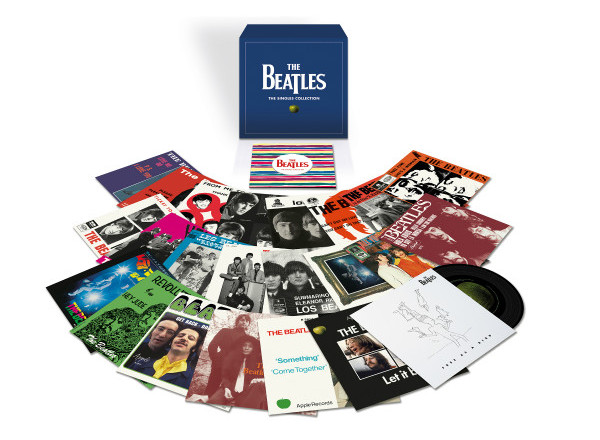 Apple Corps. has announced that The Beatles – The Singles Collection, featuring remastered 7-inch vinyl reissues of all 22 singles released in the U.K. between 1962 and 1970, ships November 20.

All of the singles were produced from original mono and stereo master tapes by Abbey Road mastering engineer Sean Magee and cut on 180-gram vinyl.

Amazing fact: 29 of the 44 A/B-side tracks released between 1962 and 1970 were not included on British albums released at that time.

The singles contained in collection are as follows with the country from which sleeve art originated noted:

If you have originals of any of these singles, leave a comment and let us know which ones!